It is believed that many Azhais who like the second dimension have more or less several figures. As a large Japanese figure manufacturer, MaxFactory can also be described as an innovator in the figure industry. The figma figure (movable) they produced is loved by many a Zhai, and recently they launched a new figure “yukata male and female Body figma”, in addition to the movable figure, the clothing on the body is also fabric Detachable garments that can be made. 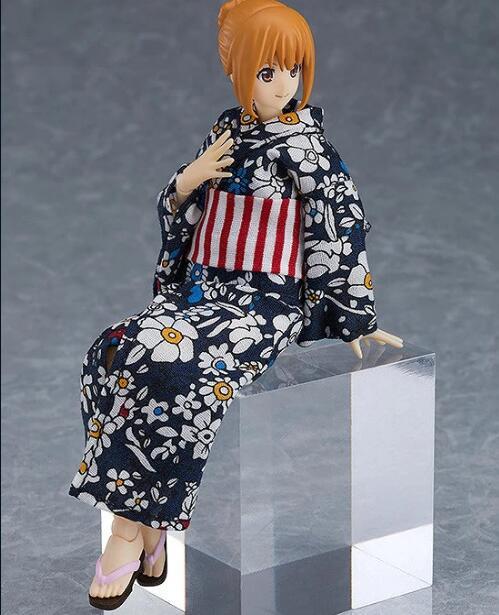 Both figures are priced at 5,500 yen, while the yukata is sold separately at 1,980 yen. I have to say that the price of this figure is a relatively reasonable range, and the most outrageous thing is this clothing. According to the normal unit price, this is enough to buy a T-shirt by yourself. I have to say that looking at the money of the otaku is really cheating, and only using the clothes of this villain can make them pay so much money (funny).

I have to say that this new product may not be particularly friendly to those figma fans. With just a body figure and a coat, even if it is a new work, it seems that MaxFactory is a bit fishy, ​​but it is officially given. Judging from the sample pictures, the workmanship of this hand-made is quite good. Except for the sense that the clothes are a bit deficient, the rest are normal categories. If you have strong hands-on ability, you can make your own clothes.

Of course, in addition to mobility, this figma figure still has many problems compared to traditional figures, mainly because of the mobility requirements of the characters and the processing of joints and other positions that need to be moved. Many people who like figures are more focused on watching, so this will be slightly abrupt in perception. However, those who like figma figures love it. Perhaps the charm of these figures lies in it.

Compared with traditional ones, figma figures have another advantage that they are relatively cheaper. For those who like figures but are more struggling, they are the best choice. Moreover, the mobility also allows those figure photographers to use a better angle and posture to take the pictures they want. In this regard, the figma is also much better than traditional figures, so I believe this yukata hand After the office is launched, it will still attract many Azhai purchases.

Compared to general figures and figma figures, which one do you prefer?