One is the amount of existence. Like all collectibles, the number of the same Transformers toy is gradually decreasing. Obviously, the smaller the number, the higher the value of the collection. 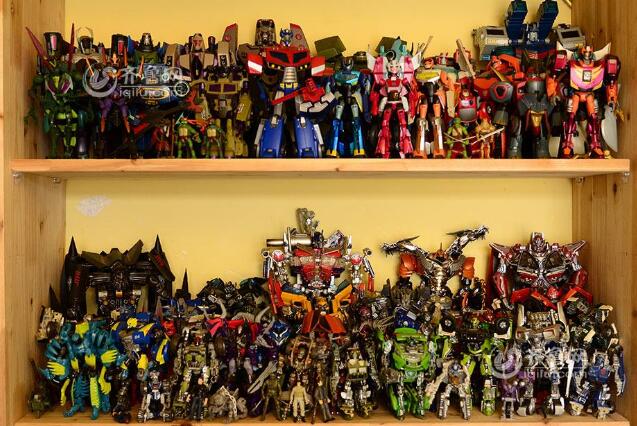 The second is the production year. This is also an important factor in judging the collection value of Transformers toys. The earlier the age, the smaller the amount in the world. At the same time, the more the original appearance of the mold used in the toy is preserved, the higher the collection value.

The third is the version. The early version of Transformers has always been a proposition that collectors like to study. On the one hand, because the production locations of early Transformers toys are relatively scattered, Europe, North and South America… America, Japan, Italy… Macau, Taiwan, Mainland China …This has produced numerous regional versions, such as Japanese, American, European, GIG… On the other hand, Transformers toys of different periods have also changed in molds, resulting in the first version of G1 Japanese version Versions such as the Classic version. The third reason is a special version due to some reasons, such as the Pepsi version with the Pepsi logo. These different editions have different collection values ​​and prices due to differences in quality and availability.

The fourth is product image. The so-called image refers to the appearance quality and internal structure of Transformers toys. In layman’s terms, it refers to the degree of newness of the toy, whether it is broken or aging, whether the accessories are complete, whether the packaging is intact, etc. The older the toy, the better the image. Add important. Undoubtedly, any collector has strict requirements on the image of the collection. The price difference between a brand new unopened Transformers toy and a toy without accessories and packaging can sometimes be ten to several tens of times.

The fifth is demand. Character toys that many people like or have special significance, even if they are newly launched, will be difficult to collect due to the large number of collectors, and the price will rise accordingly.

Based on the above, it can be seen that most of the G1 series toys produced in the 1980s have the highest collection value, while the Armada, Energon, and Cybertron series launched in recent years are better than G1 in terms of mobility, safety, and production technology. The series is high, but due to the large output and lack of history, it only has an advantage in ornamental value, and the overall collection value is not great.

However, although the Transformers toy collection has just emerged in China, in the long run, this collection does not have the same long-lasting vitality and broad mass base as traditional collections such as antiques, philatelic products and calligraphy and painting. Strictly speaking, deformation The King Kong collection is basically limited to a group of young and middle-aged people, and some old series toys have not really formed a measurable value scale, and they are relatively random. Therefore, Transformers is acceptable as a hobby collection. If you want to be an investment and expect to get a return on appreciation, then I advise you to think twice.

By the way, many friends who start collecting Transformers for the first time are often eager to collect all the series. This is clearly impractical. Not to mention that many Transformers toys are already extremely difficult to find. In terms of the number of varieties alone, there are hundreds of them. This is not to mention those toys that have been re-colored in various names and launched with new characters. Needless to say how much it will cost to collect these toys. Therefore, if you have some interest in collecting Transformers, or just think about it but your childhood desires, then it is particularly important to carefully understand the characteristics and collection value of each series, and to be targeted when collecting.