Sophisticated figures are not uncommon in the market. Figures are not just a plastic toy. It brings us happiness and satisfaction that many toys can’t bring us. Figures are also divided into different levels, and finely crafted figures will naturally be more expensive.

Is the figure really delicate, is it really important? I think it’s good for a figure to look similar to the characters in the second dimension, because not everything needs to be exactly the same. Maybe some people don’t understand. Isn’t the figure more delicate the better?

Exquisite figures exist in the world. In 2019, there was a handicraft worker in Japan who displayed the figure he made on the exhibition. At first glance, everyone might just think this figure is very realistic. That’s it, but this is just the first advantage of this figure.

The second advantage is also realistic. If we take a closer look at this hand-made arm, when we look at it, we will find that the blue veins and blood vessels on the hand-made arm can be seen, just like seeing a real person’s arm. The details of the finger joints can be seen clearly.

However, such exquisitely exquisite figures are indeed amazing, and many people will be curious even at exhibitions. This kind of figure may seem to many people, if it is put on the market in large quantities or sold in limited quantities, it will definitely be rushed to buy by figure fans.

But in fact, such a figure should not be put on the market on a large scale, because if such a delicate figure is so easy to produce, then the figures on the market now are very realistic, in other words this The type of figure can be mass-produced, so the delicate figure of 2019 will not attract the attention of many people. 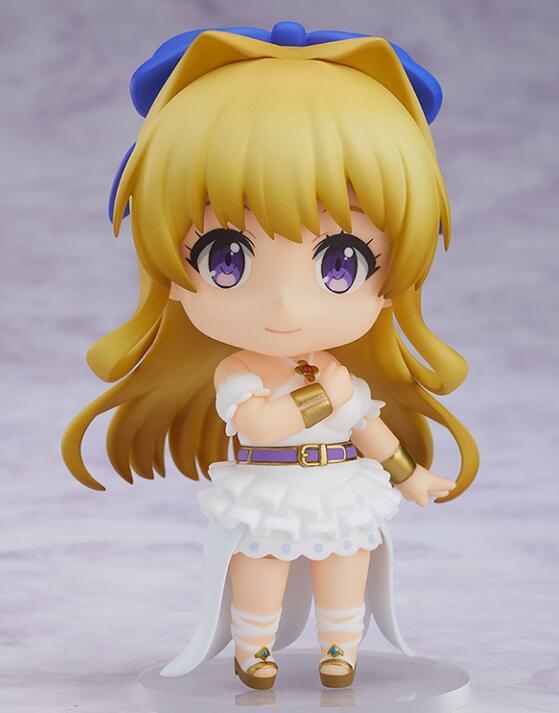 Secondly, it seems that it takes a lot of time to make such a figure. It also shows that this figure needs a big price to buy. Even if one day such a figure will be available on the Internet. The price is not cheap to buy.

What is the most important thing? It may be very happy to put such a realistic figure at home for the first time, but after a long time, you will feel a little frightened. This is the “Uncanny Valley” effect. Do you still remember a figure that has caused heated discussion on the Internet? The eyes of the figure are in a lens mode, so when you put it at home, the eyes of this figure will stare at you. When you first bought such a figure, you might still find it very novel, but after a long time, you will feel as if you are being watched by the figure.

The “Uncanny Valley” effect is actually a psychological theory, that is, when human beings are alone with things that are not humans, the similarity of non-human images to real humans will arouse human favorability, but when goodness reaches a peak, human favorability It will turn into negative emotions such as dislike, fear, boredom, etc.

We may have expectations for non-human things, just like robots. When the first generation of robots just came out, everyone had a lot of curiosity until a robot said that it would destroy humans. The uncanny valley effect of humans on robots has officially begun.

Although the figure is realistic and shocking, if you really want to buy it back home, the author thinks it is not necessary, because maybe we will still like this figure some time ago, but if it comes to the second one At that time, when opponents were disgusted and fearful, because they were bought back at a high price, they would not be willing to discard it or give it away to others.

So, the figure still has to look like a figure. It’s good to have a look at the realistic figure. If it is really placed at home, it will be a bit scary.